Is It ADHD or Autism? Or both?

In many cases, the question parents are asking is: is it ADHD, autism, or both?

5 secret ingredients to help your child overcome anxiety
Top 5 things you need to know about ieps and 504 plans
WHy Kids with ADHD Lie and What to do about it
Now Trending:
We're Lori, Mallory, & Katie

We created The Childhood Collective blog to bring you simple, science-backed strategies to help you and your child with ADHD thrive!

Get our FREE guide to parenting ADHD!

I (Lori) once had a father come in for testing for his 5-year-old son. The father noticed sensory differences with his son (e.g., overreaction to noises, sensitivity to touch, clothing), so he had taken him to an occupational therapist for testing and treatment. After a few months, he was making some progress, but his kindergarten teacher was still very concerned about his behavior. His father was then referred to me, a psychologist, for more testing to look into ADHD. When I first met with the father, he expressed the typical ADHD concerns: his son had difficulty paying attention, was very distractible, disrupted the learning of other children, and was constantly moving and talking. He was completing little work at school due to his lack of focus.

However, there were also other concerns which were characteristics of autism. For instance, he had never really made friends with anyone and was often fighting with other children at recess. He liked to spend a lot of time at home lining up toys and organizing them in a particular way. He had special interests in Minecraft and Angry Birds, which are not uncommon interests for a child his age. His teacher also noted that he made unusual finger movements at times. After the interview, I discussed that we would likely need to be testing for both autism and ADHD. The father expressed some surprise, as autism was not a diagnosis he had even considered. This is not always the case, but does happen pretty regularly when doing diagnostic evaluations.

When I do evaluations, I first meet with the parents to figure out what question we are working together to solve. In many cases, the question for myself and parents is: Is it ADHD, autism, or both? Though the diagnostic criteria for ADHD and autism have very little overlap, children with these diagnoses share many similar characteristics.

We know that many characteristics of autism and ADHD can overlap, and we also know that children can have both diagnoses at the same time. The diagnostic question is, how do you tell them apart? Today, we are diving into 7 overlapping behaviors, which are often seen in children who have both ADHD and autism.

1) Differences in Communicating with Peers

Differences in the way they engage with peers or create and maintain peer relationships is a hallmark characteristic of autism. However, this does NOT mean that children with autism can’t make friends. Many of these children have friends and desire friendships. For children with ADHD, the diagnosis does not specifically include peer challenges. However, to be diagnosed, symptoms have to have a negative impact on school, home, or social functioning. This means that children with ADHD might be very impulsive or overly active, saying or doing things that could bother or annoy their peers. For instance, they might hit a peer impulsively if a peer says something they don’t like. Also, they might talk constantly or get in peers’ personal space, causing other children to be annoyed. Because children with ADHD don’t always slow down long enough to observe their peer’s reaction, they can miss important social cues.

2) Daydreaming or “In their Own World”:

Daydreaming frequently is a characteristic of ADHD. Children who struggle to focus or pay attention are often seen daydreaming at school or home. Typically, when their name is called, children with ADHD can come out of their daydream. Though daydreaming is not specifically a characteristic of autism, many autism parents describe their child as being “in their own world” a lot of the time. In young children, one of the signs we look for is when a child does not respond to their name when it is called. Autistic children might also engage in humming, repetitive noises, or other repetitive behaviors or movements when they are “daydreaming.” They might also describe their daydreaming as escaping to an imaginary world that they have created.

Special or deep interests is one characteristic of autism, but not all  will have deep interests. These special interests are often, but not always, unusual for their age (e.g., the fans, refrigerators, or tornado sirens). They can also have age-appropriate interests, such as Minecraft or Frozen II. In contrast, children with ADHD also tend to have focused interests on certain topics. These topics are typically considered age-appropriate, such as specific video games or movies. Additionally, these topics will often rotate frequently. Though they may be very interested in a topic, it usually will not consume all aspects of their conversation or play with others.

Over-sensitivity or under-sensitivity to sensory stimuli is one of the criteria for an autism diagnosis. However, sensory challenges are not a part of the diagnosis of ADHD. Nonetheless, children with ADHD do experience sensory differences. Many parents refer to their children as sensory seeking, where they will often bump or crash into things. They may seem to need a high level of sensory input. They might also show some sensitivity to sensory experiences like autistic children, such as being bothered by loud noises, textures, or clothing. Typically, with autism, there is a more significant degree of sensitivity to sensory stimuli. Autistic children might also have sensory seeking behaviors not typically seen in children with ADHD, such as examining parts of objects or people for prolonged periods or out of the corner of their eye, licking or trying to eat inedible objects, or sniffing objects repeatedly.

For the majority of families we have worked with, transitions are a HUGE struggle. Whether the goal is getting children ready to leave the house, turning off technology, or leaving a birthday party… many children with ADHD and autism struggle with transitions. However, the difference is most likely the function, or the reason why transitions are hard. Children with ADHD often have difficulty mentally preparing, or pre-imagining a task, so transitions feel like a “surprise” even though they may do the same sequence of tasks each day. Many children with ADHD also have time blindness, which means that they don’t sense the passage of time in a typical way. Autistic children also have difficulty with transitions. This may be due to the fact that they can become highly focused on a particular activity, which results in them getting “stuck.” Also, challenges with communication can make it increasingly difficult for both children with ADHD and autism to make transitions.

Executive functions are a set of brain-based skills that allow us to make decisions, plan activities, and stay focused while accomplishing our goals. Executive functions guide us as we complete multi-step tasks, manage our schedules, and talk with friends. While ADHD is strongly linked to challenges with executive function, autistic children can also struggle with various aspects of executive function. In a 2018 study by Karalunas et al., which included almost 1000 participants, it was found that both children with ADHD and autism scored markedly lower than the control group in the executive functioning areas of memory, impulse control, and processing speed. Both children with ADHD and autism can struggle to “read the room” and make inferences, often because they both get focused on the details rather than understanding the bigger picture.

Does your child have a diagnosis of (or suspected) ADHD? You need our FREE ADHD Parenting Guide, where we explain six keys to raising a happy, independent child with ADHD.

Thank you all for following along with us on this journey! We also have an online parenting course for raising children with ADHD. We would love for you to check it out.

Have a wonderful week!

The contents of this site are opinions of The Childhood Collective PLLC partners unless otherwise noted. The information on this site is not intended to diagnose, treat, or prevent any type of medical condition and is not intended as personalized medical/psychological advice. Any decision you make regarding your and your family’s health and medical treatments should be made with a qualified healthcare provider.

Finding the Right Counselor For Your Child »

back to blog home ADHD and Worry Thoughts: How do I Help My Child? 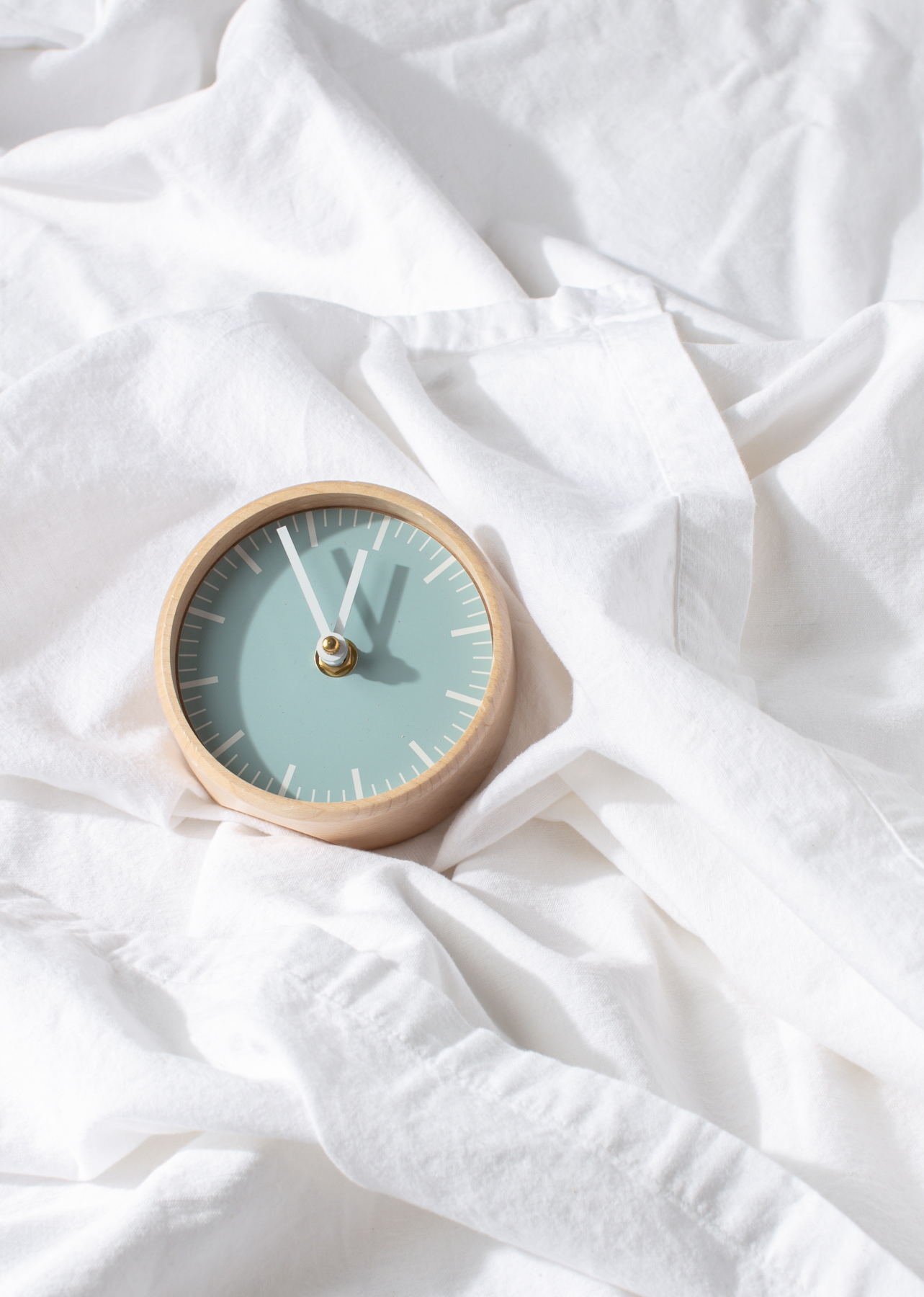 Surviving The After School Slump Does My Child With ADHD Need a 504-Plan At School? 7 Tips for Kids with ADHD During the Holidays Why Get an ADHD Diagnosis (If I’m Not Giving My Child Medication)?

We are Lori, Katie, & Mallory.

We are two child psychologists and a speech language pathologist. But most importantly, we are mamas, just like you.

We created The Childhood Collective to bring you simple, science-backed strategies to help you and your child with ADHD thrive at home and school!

Can you imagine having tools to help your child listen, manage those frequent meltdowns, and connect with your child?

Can you imagine having tools to help your child listen, manage frequent meltdowns, and connect with your child?